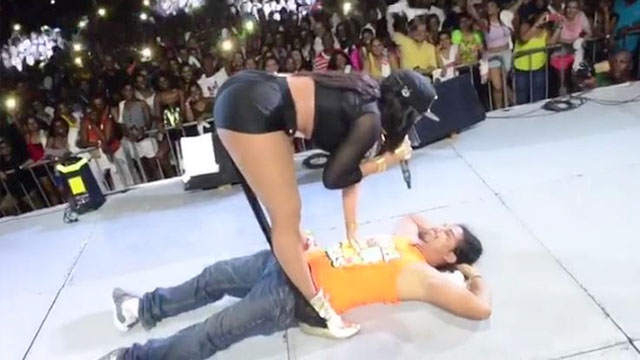 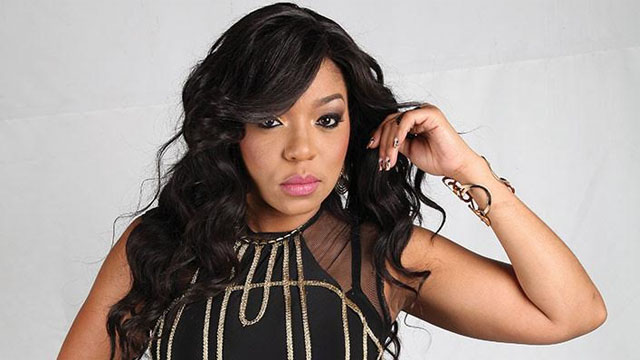 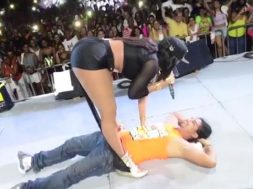 (July 6, 2017) — The Caribbean’s Soca Queen, Destra Garcia, who has visited St. Kitts and Nevis many times, was recently ordered to pay a Belizean man for bladder injuries he sustained as a result of her “wicked wine”.

Garcia reportedly jumped on the man during the annual Carnival Overload Concert in Belize in 2015.

While performing her slew of hits, Destra called a fan on stage. In the video posted on YouTube, the man, Fernando Oliva, is seen laying on the ground with his hands behind his head, waiting for Destra to jump on him. After all the fun and games, he got up and continued dancing, before exiting the stage.

His attorneys told a Belize court that Garcia ruptured his bladder, and Justice Courtney Able ruled that the soca queen should pay him just over BZ$16,577 or TT$50,000.

Destra was not in Belize to offer a defence. Lawyers said they are in talks with attorneys in Trinidad and Tobago to enforce the judgement in that jurisdiction. Garcia reportedly promised to issue a response via her attorney.