Home e-Stories Jamaican Athletes off to Good Start in U-18 Championship
e-Stories
July 13, 2017 0

Jamaican Athletes off to Good Start in U-18 Championship 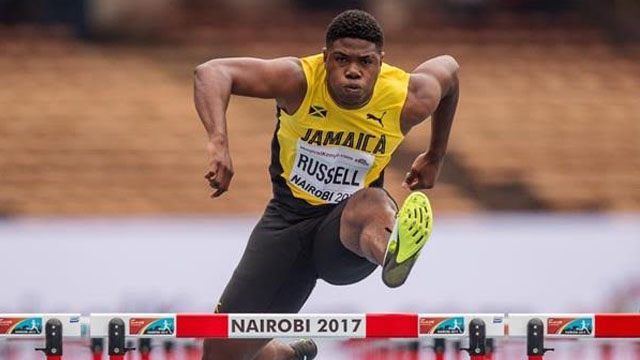 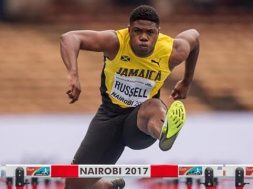 Jamaican Athletes off to Good Start in U-18 Championship

(July 12, 2017) — Five Jamaicans who took part in Wednesday’s opening session at the IAAF World Under-18 Championships at the Kasarani Stadium in Nairobi, Kenya have made it past the first round, with the exception of one.

Tyreke Wilson in the boys 100m, Shaquena Foote in the girls 400m, as well as Anthony Cox and Antonio Watson on the boys’ side all made progress while Kimone Reid failed to advance in the women’s discus throw.

Wilson won the final preliminary round heat in 10.60 seconds (0.6m/s), the sixth best time overall, and advanced to the semi-finals.

Coming in second was Foote, who was also second in her heat in 55.18 seconds as Milagros Duran of the Dominican Republic won in a personal best of 55.05 seconds.

Cox ran a personal best of 46.53 seconds, to move up to fifth in the world as he won the first heat of the boys 400m.

Watson also won his heat but tin a more modest 47.22 seconds, with the next four runners behind him all running lifetime bests.

Reid could only manage 40.84m for 15th overall and missed making it to the top 12 in the discus throw.
Kevona Davis will open her quest for honours in the girls 100m while Tyrese Reid and Kimar Farquharson will seek to get past the first round of the men’s 800m and triple jumpers Owayne Owens and Safin Willis will seek to get into the finals.