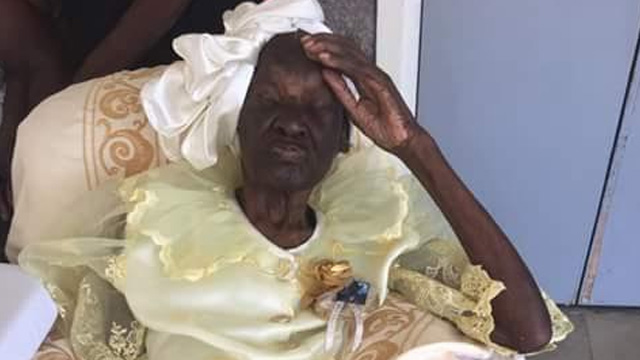 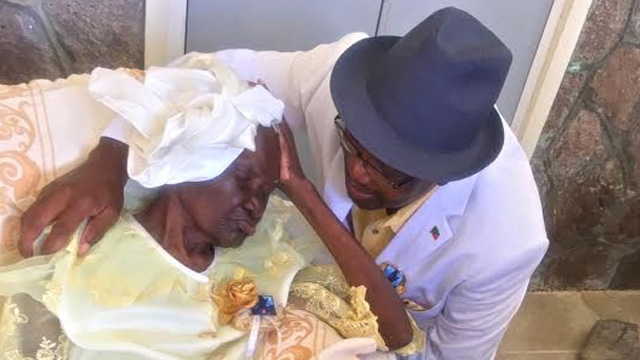 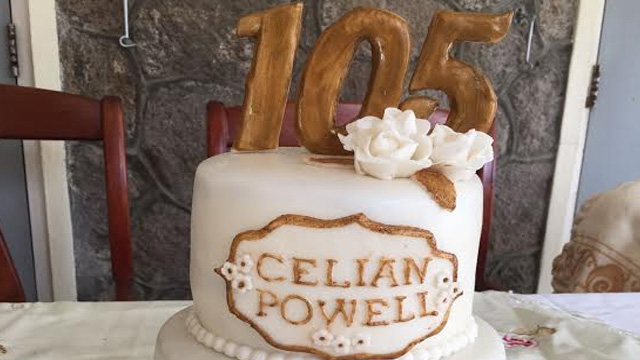 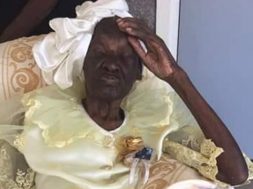 THG Network (Jan. 19, 2017) — Just a few months ago, the Seniors’ Division on Nevis recognised Celian “Martin” Powell as St. Kitts and Nevis’ oldest person. She was 104 years old then.

Today, dressed in a fancy yellow and ivory outfit, Powell celebrated her 105th birthday in the presence of close relatives, friends, dignitaries and the staff at the Flamboyant Nursing Home, where she resides.

Keith Klasgow, on behalf of the Nevis Ministry of Social Services, presented the celebrant with a fruit basket; and family friend and Former Premier of Nevis, Hon. Joseph Parry delivered remarks.

Members of the Powell family also paid tribute to the celebrant with great nephew Charles Thomas presenting a bouquet of flowers from the entire family.

The ceremony also featured a presentation by the St. Kitts Men’s Society.

Celian “Martin” Powell, originally of Zion Village in Gingerland, Nevis is the grandmother of Opposition Senator Hon. Carlisle Powell, who says she remains in good spirits and is able to keep people entertained with her sassy personality. The celebrant is also the great-grandmother of cricket star Kieran Powell.

The elder Powell is one of eight centenarians on Nevis. With a population of just over 12, 000, Nevis has the distinction of having the most centenarians per capita in the region. Barbados has long held that distinction.