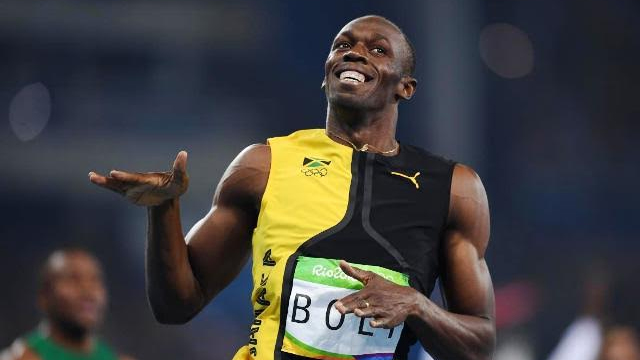 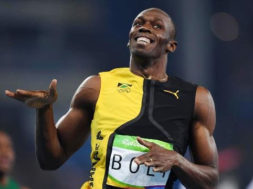 RIO, BRAZIL (Aug. 15, 2016) — There was no stopping the peerless Usain Bolt as he became the first man to claim three Olympic gold medals in the men’s 100 meters.

The incomparable Bolt made history at Rio 2016 on Sunday, defending his Olympic 100-meter title in style.

Bolt, who claimed 100 meter, 200 meter and 4 by 100 meter relay gold medals at each of the previous two Olympics in Beijing and London, and is chasing a triple triple, once again got the better of archrival Justin Gatlin, with a time of 9.81 seconds.

The popular Jamaican now stands alone as the greatest sprinter in history, having bettered Carl Lewis’ achievement in earning back to back gold medals at the 1984 and 1988 games.

Athletics’ biggest star will now turn his attention to the 200 meter heats, starting Tuesday. With injury problems from earlier 2016 seemingly behind him, it is hard to see anyone stopping Bolt from claiming glory once again.

“Somebody said I can become immortal,” Bolt said moments after his triumph, as the sound of Bob Marley reverberated around the Olympic stadium.

“Two more medals to go, and I can sign off, immortal,” he added.