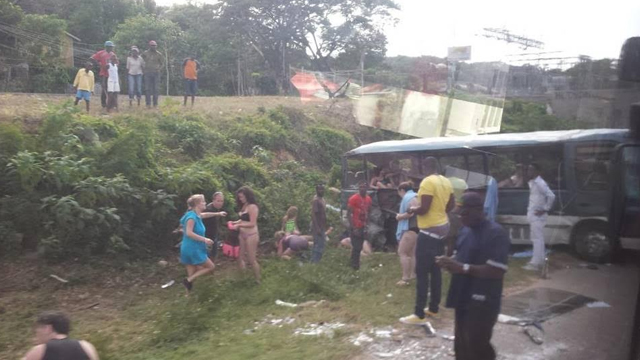 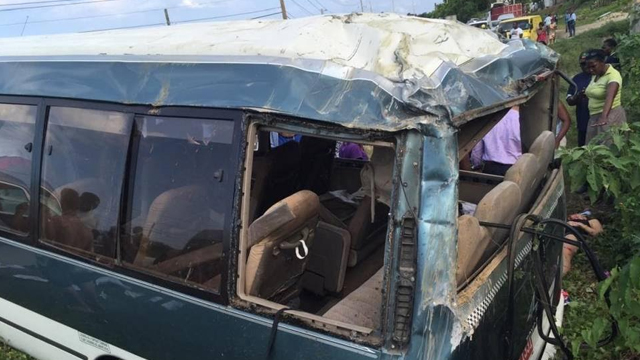 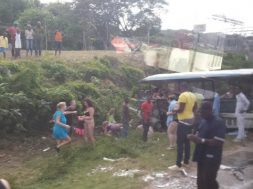 MIAMI HERALD & THG Network (Jan. 12, 2017) — The popular Royal Caribbean cruise line is at the center of a lawsuit, that was reportedly filed in a federal court in Miami, on Monday.
That lawsuit has to do with the last year’s excursion in Ocho Rios, Jamaica that was advertised by Royal Caribbean but ended tragically when one passenger died and several others were injured after a tour bus driver collided with a truck en route to Royal Caribbean International’s Independence of The Seas.

The crash, according to American media, is now at the center of the lawsuit that pits Miami-based Royal Caribbean Cruises, the parent company, against eight passengers involved in the Jan.14, 2016 crash in Falmouth, Jamaica. The plaintiffs include one South Florida man and residents of North Carolina, Connecticut, Michigan and Illinois.

THG News understands that the passengers, who were on a five-day voyage from Port Everglades, had purchased an excursion that included a trip to Dunn’s River Falls, a popular tourist stop near Ocho Rios, and marine attraction Dolphin Cove. The excursion was arranged by Royal Caribbean and offered to all guests on board.

According to the suit, the bus flipped over several times, causing the plaintiffs “severe and permanent injuries” and leading to the death of one passenger. Three passengers were sent to Falmouth Public General Hospital.

At the time, Royal Caribbean released a statement reporting the death and adding that “crew members are at the hospital with our guests in order to help respond to this terrible incident.”