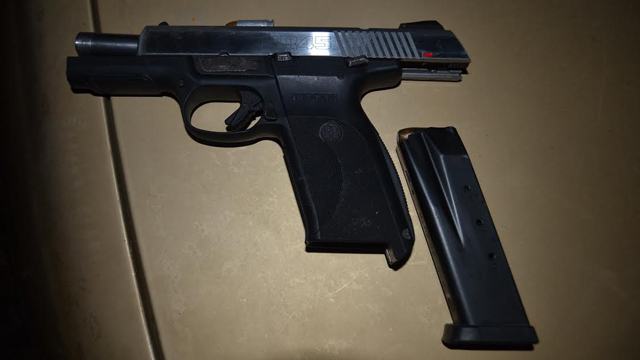 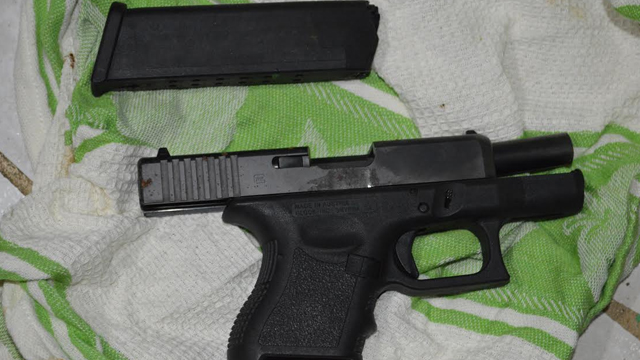 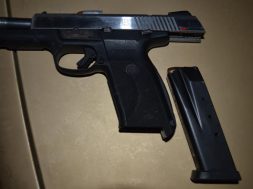 THG Network/RSCNPF (Mar. 6, 2017) — The Royal St. Christopher and Nevis Police Force is reporting that, over the weekend, its officers seized .45 Ruger Pistol with four rounds of ammunition and a Glock 40 Pistol, bringing to six, the number of illegal firearms seized in St. Kitts-Nevis so far this year.
“The first occurred early Saturday morning (March 04) when a patrol of Defence Force Officers, responding to a report of shooting in the Sandy Point area, saw a person of interest sitting in the area,” reads a release from the Force’s Public Relations Unit.
“A search was conducted and revealed a .45 Ruger Pistol with a magazine containing four (04) rounds of ammunition,” the release continued.

That individual is reportedly in police custody.

“The second discovery and seizure was as a result of the execution of search warrant on Saturday (March 04) on a residence in Ottley’s Village. The officers discovered and seized a Glock 40 Pistol,” the same release reads.

THG News understands that “the pistol was found in the residence of one of the individuals in custody in relation to a drug seizure on the evening of Friday (March 03).”