Home e-Stories Harmony of the Seas Destined for the Caribbean
e-Stories
November 10, 2016 0 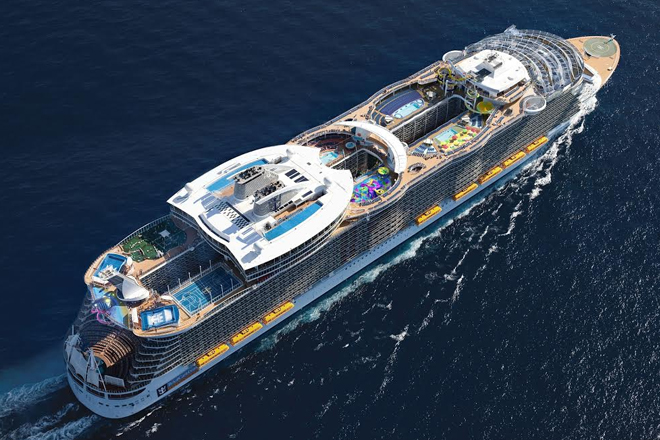 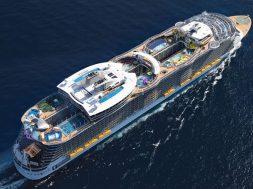 Unveiled back in May, the mega, ultramodern, luxurious ship arrived at its new home, Florida’s Port Everglades, Fort Lauderdale, last weekend after crossing the Atlantic from Barcelona, USA Today reported.

Amid much fanfare, which featured a stunning display of 16 jet board and jetpack riders who performed an exciting stunt show, Harmony set sail late Saturday for a three-night preview cruise for travel agents and members of the media.

Raving reviews have already emerged from media personnel. One writer blogged “awesome”; and another, “fantastic ship for families and those looking for great entertainment and activities.”

Starting next week, the luxury vessel, which has a capacity of 6,780 excluding crew, will operate a permanent schedule of voyages out of Port Everglades to the Caribbean.

The 16-deck Harmony eclipses its sister ships Allure of The Seas and Oasis in size, design and features. But like its sisters, it features a neighbourhood concept that includes indoor and outdoor sports, kids, entertainment and relaxation spaces.

The three Royal Caribbean oasis-class ships met mid-ocean, for the first and possibly only time, on the eve of Harmony of the Seas’ debut in US waters.

A major eye catcher on Harmony of the Seas is the ultimate abyss, a dramatic 10-storey-tall slide from near the top of the vessel, down to one of its lowest decks.

The ship also boasts a multi-deck water slide area and a bionic bar where the drinks are served by robot bartenders – a service first offered on Royal’s Quantum of the Seas.

The luxury vessel continues with windowless “inside” cabins with exclusive virtual balconies, which offer a real-time view of the outdoors.

Passengers can also enjoy a full-length performance of grease in the main theatre.

An official christening ceremony was held on Thursday.