Jamaican Artiste and Kittitians Engage in Verbal War on Instagram 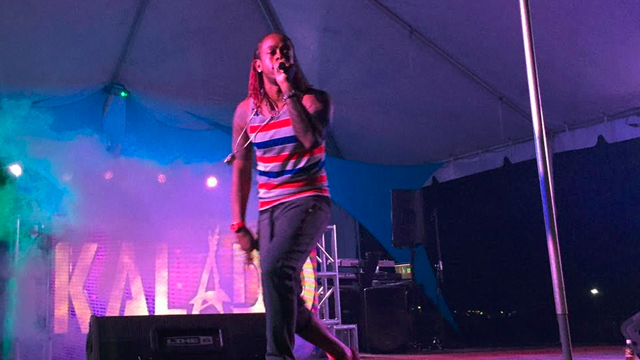 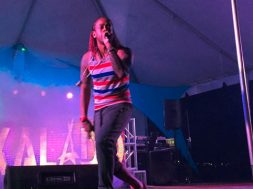 Jamaican Artiste and Kittitians Engage in Verbal War on Instagram

THG Network (Nov. 2, 2016) — It was a verbal war between Jamaican dancehall artiste, Eaton Gordon, who goes by the stage name “Kalado”, and residents of St. Kitts, after the artiste took to the social networking site, Instagram to comment on the island’s crime situation.

Although eventually edited, Kalado made two posts that referred to the crime situation. 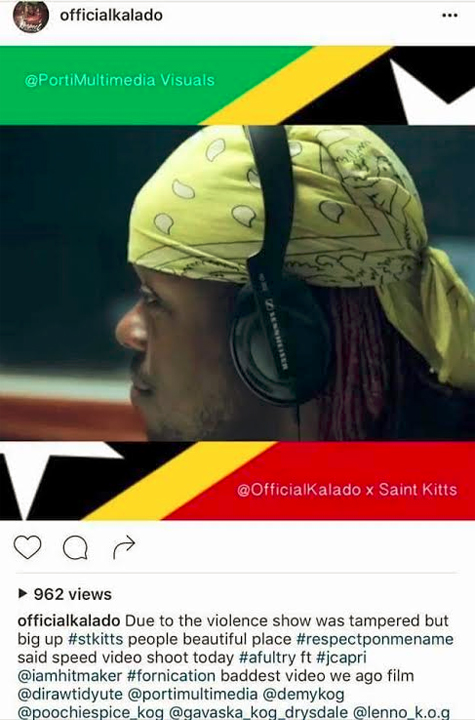 In one post he said, in part, “due to the violence, the show was tampered but big up #stkitts people beautiful place” and in another, he wrote “video shoot for #single #adultery sun hot as hell and have never being there…in #stkitts right now violence loud here bank robbing and shooting woman a think was only ja that bad not even dawg out for the video lol luckily it’s not a video that need crowd any the place is beautiful have to acknowledge that!” 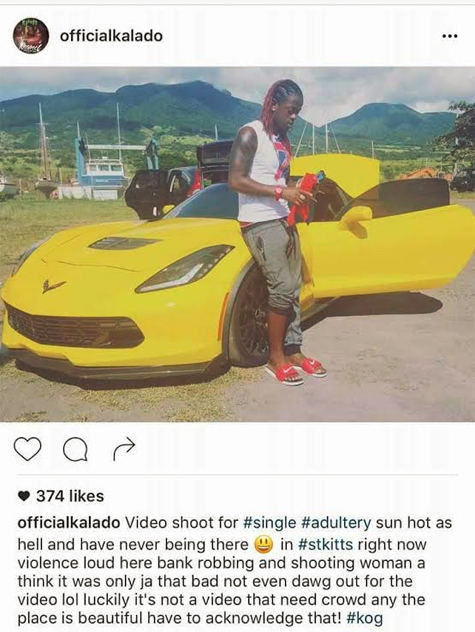 Those posts did not sit well with Kittitians, many of whom expressed outrage. In one comment, a female blogger wrote “Hooked on Phonics please before you try diss we country! You one and two song dem cyaaan draw out we Kittitians. You’re still young in this so cool out!” She ended with “nuh try diss we and compliment us at the same time!”

She was not alone, another angry blogger wrote “…even gully bop better off than him. Gully bop came here and had a well crowded show.” 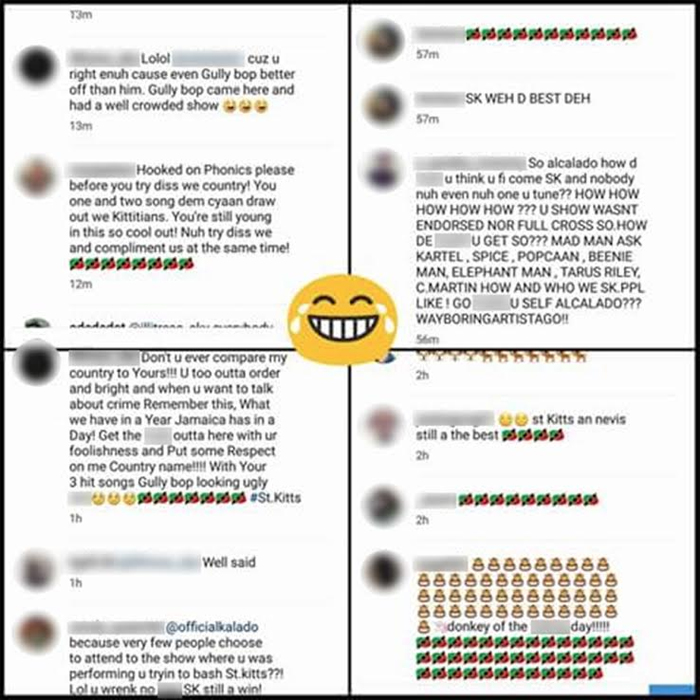 In a social media post on October 31st, two days after the event, the organising committee wrote “First time he was in St. Kitts and he had a great time. Big up Kalado and we are happy that your first visit was great. #kaladoupwidit”.

This afternoon, THG news sought to get a comment from the country’s Prime Minister and Minister of National Security Dr. Hon. Timothy Harris but was told that he was off island. We then reached out to Hon. Ian Liburd, who according to sources, served recently as the Acting Minister of National Security, for a comment but up to press time, he had not returned the call. His secretary said he had several meetings lined up today (Wednesday).

This is not the first time this year that a foreign artiste took to social media to make negative comments about his time while on island. In June, following the St. Kitts Music Festival, Rapper 50 Cent poked fun at the island’s laws after he was arrested for using profanities during an on stage performance.