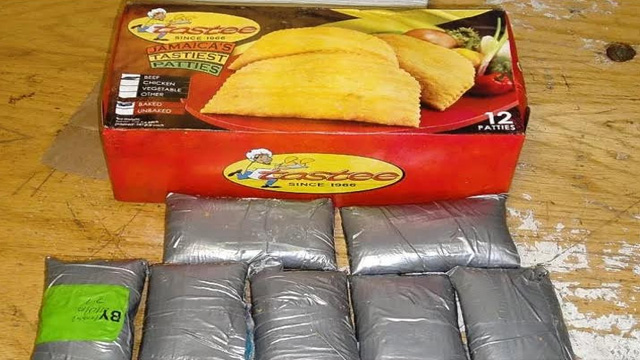 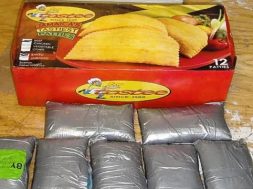 (Jan. 23, 2017) — A Jamaican woman, who had what was supposed to be a box of beef patties, was found to be carrying something more sinister than the savoury snack when she arrived at New York’s John F. Kennedy International (JFK) Airport last week.

Chantal Alecia Bedward was arrested after US Customs and Border Protection (CBP) officers found US$70,000 worth of cocaine in a “Tastee Jamaican Beef Patties” box in her suitcase.

On Tuesday, CBP officers intercepted the Jamaican who had arrived from Kingston, and discovered what appeared to be a box of the popular patties. When the box was opened, 12 duct-taped packages of cocaine, weighing four pounds, were found inside.

Bedward was arrested for the importation of a controlled substance and now faces federal narcotics smuggling charges.

“This seizure demonstrates the vigilance and dedication demonstrated daily by CBP officers at JFK, in keeping these prohibited and dangerous narcotics off the streets of our communities,” said Director Field Operations in New York for CBP Robert E. Perez.