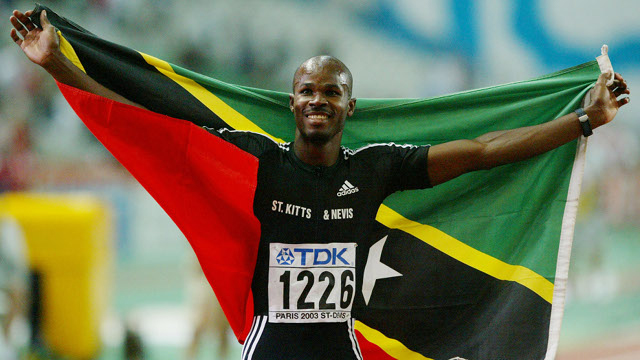 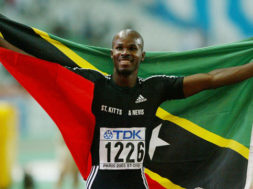 CHARLESTOWN, NEVIS (Aug. 11, 2016) — Forty-year-old Kittitian Sprinter, Kim Collins reportedly arrived in Rio de Janiero, Brazil on Wednesday, a full one week after the rest of the team arrived, and 48 hours before the start of athletic competition.

Collins did not arrive with the team last Wednesday, and tweeted that he had missed the flight, and was supposedly having difficulty getting another one. It was later reported that he would arrive on Monday, but Collins was a no show.

Team Manager, Lester Hanley was, on Monday, unaware of Collins’ travel plans, but Alphonz Juck, a journalist with E.M.E, and a track and field announcer, said Kim would arrive on Wednesday, and that he (Kim) was okay. There has been no word to date from the St. Kitts-Nevis Olympic Committee or the management team in Rio.

Rio 2016 would be Collins’ fifth, and likely last Olympics. He is oldest sprinter listed for athletic competition. He is due to compete in the 100 meters and 4x100metre relay.

THG is not sure what effect Collins’ late arrival will have on the 4×100-metre team, or its make-up.