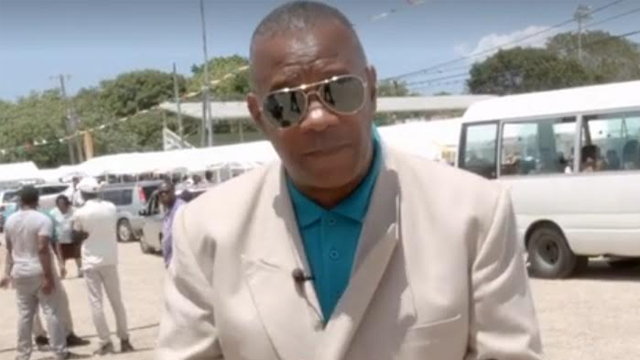 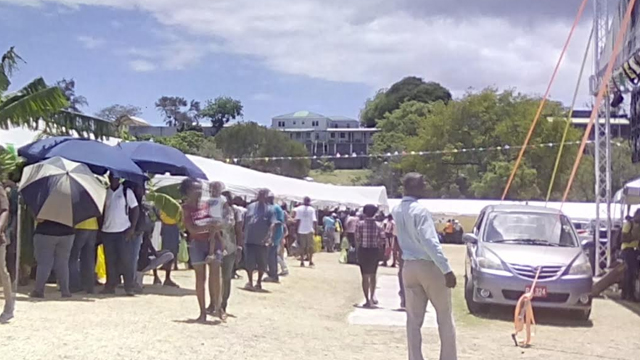 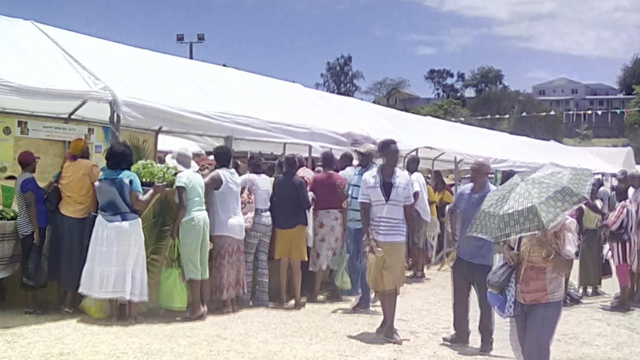 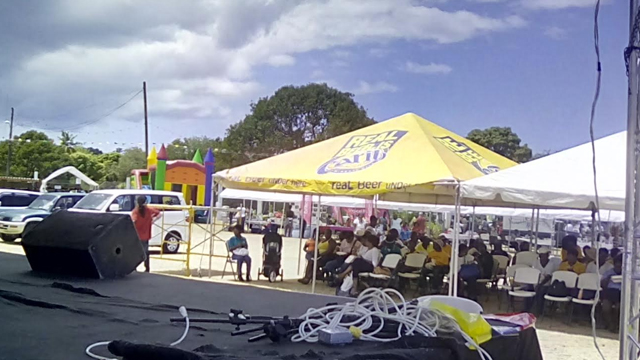 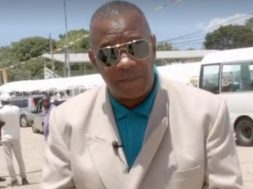 Today, patrons are expected to capitalize on opportunities to purchase various kinds of meat from the Department of Agriculture and cooked food from the island’s chefs. Children are likely to visit the animal stalls and get their daily exercise in the bouncing castle.

Other booth highlights at the “Open Day” are being manned by healthcare officials, local craft vendors, and various government divisions including the Inland Revenue and Trade and Consumer Affairs Departments.

During an interview with THG News, Permanent Secretary in the Ministry of Agriculture Eric Evelyn praised his staff for their dedication, noting that “it has taken a lot of work to get this far.”
“I must say this definitely, as the 23rd year, is the biggest and best by far. We’ve had the most in terms of participants, exhibitors, persons who are selling and the crowd is coming out,” Evelyn explained.

While commenting on the support from regional and international partnering Agriculture organisations, Evelyn said he was “extremely pleased that we had such a good contingent from the neighbouring Statia.”
“We had the IICA rep from the Eastern Caribbean states. We had so many dignitaries today and I am overwhelmed with the support that we have gotten and I am extremely happy with the way things are unfolding for 2017 and I am expecting that it will continue to go better and better as the years continue to come over us here at the Department of Agriculture,” Evelyn said.

This year’s “Agriculture Open Day” is being held under the theme “Embracing Climate Smart Agriculture to Achieve Food Security.”