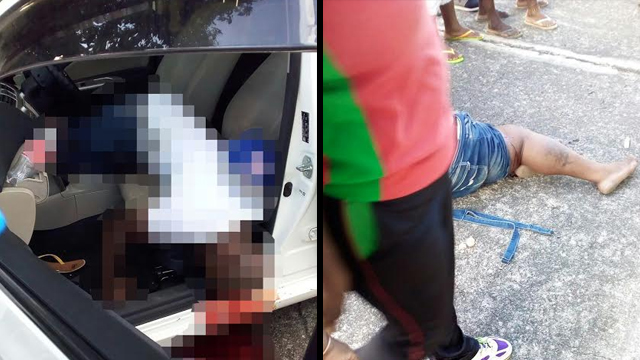 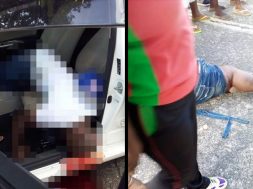 THG Network (Oct. 25, 2016) – THG News has been informed that a shooting incident this afternoon (Oct. 25, 2016) in Basseterre, St. Kitts has claimed the life of one male and left a female wounded.

While the details are still sketchy, it is said that the duo was shot in an area known as The Village.

Graphic pictures of the incident immediately circulated via the popular networking mobile app known as WhatsApp.

In the photos, the deceased male is seen laying across the left front seat of a white car which he appeared to be driving. He had what appears to be a gunshot wound in the back of his head while the female is seen sitting on the ground with blood on her right leg.