Political Season Heating Up on Nevis 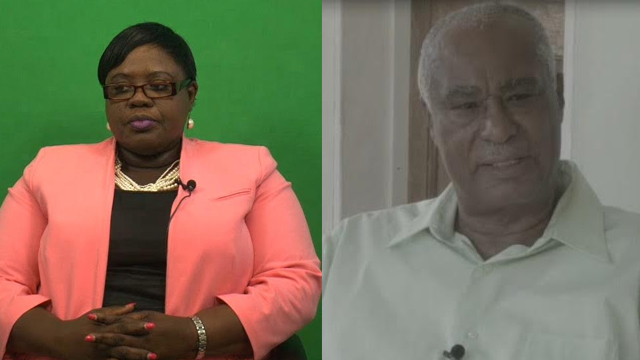 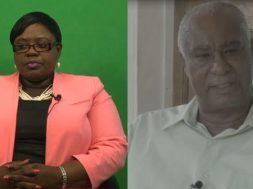 Political Season Heating Up on Nevis

On Sunday, both political parties, the governing Concerned Citizens Movement (CCM) and the opposing Nevis Reformation Party (NRP), hosted events that will help chart the way forward for each organisation.

For the CCM, Sunday’s Anniversary Service was one of many events to mark the party’s 30th anniversary. On Saturday, the party will host an awards cocktail to honour “all those persons, over the last 30 years, who would have participated in active politics, whether they were just candidates or they were actually ministers.”

While speaking with THG News, Chairperson of the 30th Anniversary Organising Committee, Hon. Hazel Brandy-Williams said “there are some 20 persons who will be honoured at that function, which will be held at The Botanical Gardens,” adding that one day later, “on Sunday 29th, there will be a caucus of the top persons of CCM, the strategisers, and this would be something in camera and not open to the general public.”

Brandy-Williams admitted that her team expected a better turnout at Sunday’s anniversary church service but said the remaining events should be better attended.

“The mood was one of celebration. I must say here that the turnout was not what was expected and that is because the communication was not as forthcoming as we would have liked. Initially, it was planned for the 15th, however, the Premier was not here and so we had to push it back so we were sort of uncertain as to which Sunday it will actually be based on the availability of the church and on the pastor and things of that nature but I think that persons are happy that CCM would have reached such a milestone,” she explained.

When asked if his party scheduled its meeting to coincide with CCM’s anniversary service, Parry said he “had no idea they were having a service.”

NRP’s Parry had a lot to say about his party, including that it was ready for the upcoming Nevis Island Assembly elections. He said it is important for people to remember his party’s accomplishments since 2006.

“We want the young people to remember what we did in 2006 and those are the programmes we will do for them again, including new programmes, because time changes things and people have different perspectives but it’s not just a matter of the young people. Teachers, we are not satisfied that our teachers are well looked after…the nurses and the health programme,” Parry said, adding that “Tourism is in a poor state at the moment.”

“Also government. We fought for a Government of Nevis to be in Nevis and we achieved that on the 19th of September 1983 and we did wonders with that government. Well now we have a Ministry of Nevis Affairs, which is functioning from Basseterre and that Ministry of Nevis Affairs seems to have more power than the Government of Nevis and we are saying we are going to take back the government and to bring the government back to Charlestown and make sure that this thing that NRP fought for from 1970 is restored to Nevis that is government in Nevis working for the people of Nevis,” Parry outlined.

For Brandy-Williams, the CCM is ready to move Nevis forward. During her interview, she lauded the leadership of Premier Amory and said CCM remains an inclusive party.

“Why I would say that the future is bright for CCM is that the CCM embraces young people and secondly and most importantly, they have embraced women and so in anything we do, the best mix is one of youth and experience and most importantly, women because we do bring something different to the table,” she explained.