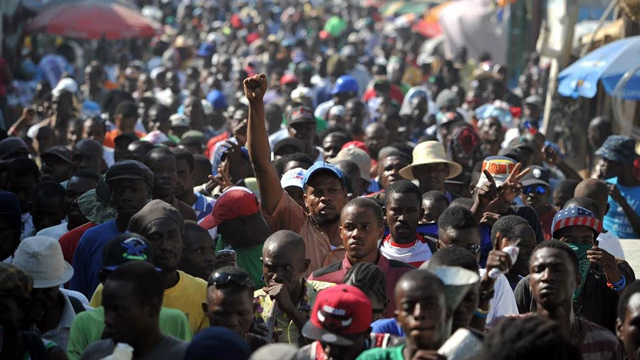 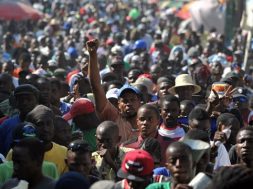 (Nov. 22, 2016) — Election tensions spilled onto Haiti’s streets on Monday with shots fired outside the Presidential Palace as various candidates claimed victory in a re-run vote in the impoverished Caribbean country.

Haitians are counting on their next President to lift the country out of political limbo and repair damage from Hurricane Matthew, which devastated the country last month, killing up to 1,000 people and leaving 1.4 million needing aid.

With paper ballots counted laboriously by hand, election results typically take a week to be announced in Haiti. But less than 24 hours after polling centers had closed, some candidates and their supporters claimed they had won, leading to chaotic scenes in the capital where guards were forced to shoot into the air to clear a celebrating crowd.

“We call on the population not to believe or transmit any pseudo-result, even partial, that has reached them,” it said. “Any result circulating on the internet or social media is not attributable to the CEP.”

Electoral officials said they did not expect to have preliminary results until later on Monday, but it could well be longer as tally sheets arrived later than planned and a vote website faced problems. The head of Haiti’s electoral council, Leopold Berlanger, said he expected to publish final results within a maximum of eight days.

Voter turnout in the election was less than 22 per cent, an electoral observation coalition said on Monday.

The vote was first held in October 2015, but then annulled over complaints of fraud in the first round after Jovenel Moise, the candidate of former president Michel Martelly’s Bald Heads Party, finished ahead of Jude Celestin, previously boss of a state construction company.

Further disputes ensued and a fresh vote, due last month, was postponed when Hurricane Matthew struck.