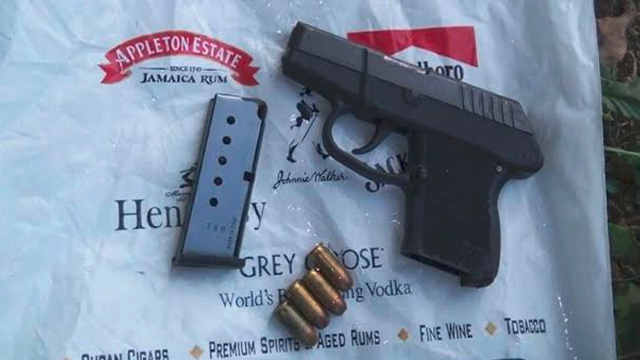 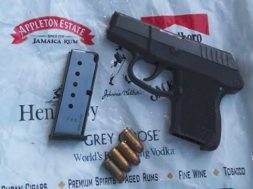 THG Network (Nov. 14, 2016) — Another firearm has been seized by St. Kitts-Nevis police. It is the 35th so far for 2016, according to the Royal St. Christopher and Nevis Police Force’s Public Relations Unit.

THG News understands that the firearm, a .380 Kel Tec pistol, and five rounds of matching ammunition were found hidden in a derelict vehicle in Pond’s Pasture on St. Kitts.

The search was executed on Friday (Nov. 11), by officers of the Special Services Unit (SSU) and the St. Kitts-Nevis Defence Force.

A release from the Force’s Public Relations Unit states that “the removal of illegal firearms from our communities is one of deliverables of the police six point plan for the reduction of homicides and violent crimes in the Federation.”