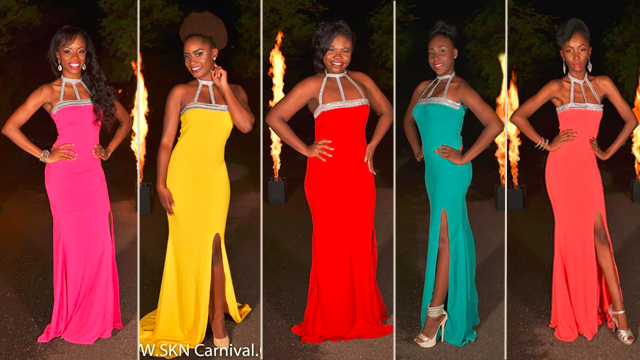 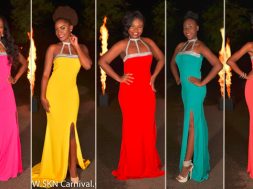 THG Network (Nov. 19, 2016) — The 45th edition of St. Kitts and Nevis’ National Carnival officially got underway on Friday night with an opening ceremony and the launch of this year’s contestants.

The opening was held in the capital city of Basseterre and was broadcast live on state-owned media as well as the social networking site, Facebook, via its Facebook live feature.

While onlookers generally seemed pleased with last night’s opening, the onstage absence of the reigning National Swimwear and National Carnival queens created quite a stir on Facebook.

The organising committee did however did get words of commendation for its selection of contestants in the various pageants.

Vying for the National Carnival Queen title are Shantara Hewlett, Hydeia Tyson, Nordia Demming, Joneika Smithen, and Katherina Davis. That show is being planned for December 28, 2016.

Meantime, in the National Swimwear Contest, which is being twinned with the Mr. GQ Show on December 27, 2016, the contestants are Zena Hyman, Shakira Pitt, Raven Richards, Kachiana Robin, Nakilah Watso and Julisa David for the swimwear component and Earl Brotherson, Denville Francis, Joseph Tudor, Kevin Adams, De-Syl Hamilton and Carl Samuel for the Mr. GQ division.

The official opening ceremony was followed by a calypso tent.