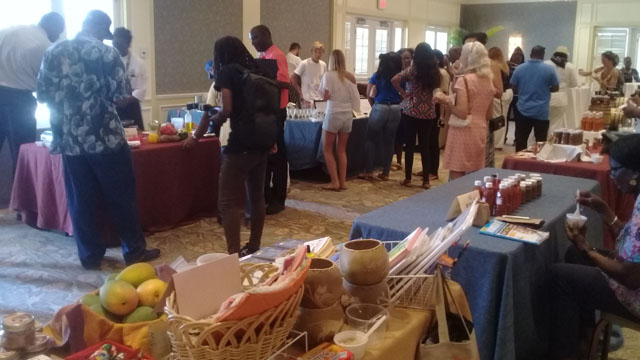 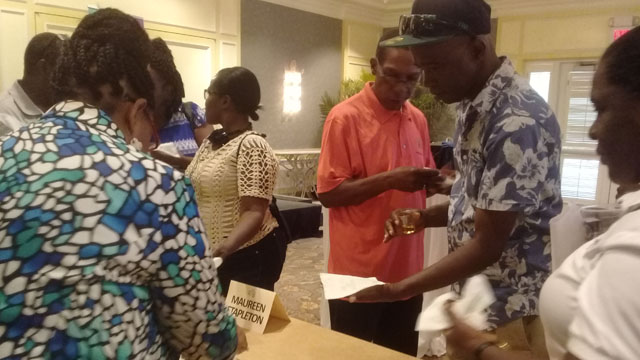 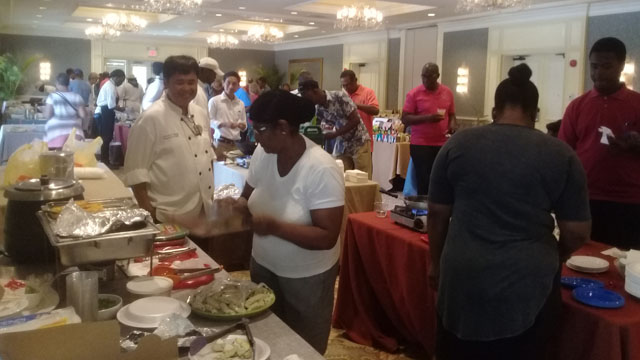 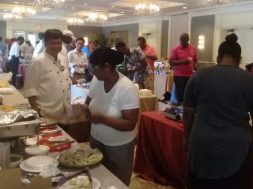 THG Network (July 17, 2017) — From cooking demonstrations to musical entertainment, the Ballroom at the Four Seasons Resort, Nevis provided the right setting for this year’s Tasting Showcase, held ahead of St. Kitts and Nevis Restaurant Week 2017.

The event officially began at 2pm with cooking demonstrations featuring five of Nevis’ restaurants: Sunshine’s Bar and Grill, Nisbet Plantation, the Four Seasons Resort, Chrishi Beach, and Montpelier Plantation and Beach. It was punctuated with a brief ceremony and prize giveaway.

A handful of the island’s agro-processors were able to showcase their locally made produce. Among them were Ermine Hendrickson, Eunice Liburd, Maureen Stapleton, and Olvis Dyer.

This year, 12 of Nevis’ restaurants, one more than last year, will provide lunch and/or dinner specials as part of the July 19-30 Restaurant Week observance.

According to Acting Permanent Secretary in the Ministry of Tourism John Hanley, the objectives of Restaurant Week are two-fold.

“The first one is to improve restaurant business during the slow season,” he said, adding that “A second objective of Restaurant Week is to increase consumption of local agricultural produce.”
Hanley’s remark about the link between tourism and agriculture was further emphasized by Walcott James, of the Department of Agriculture, and Nevis’ Deputy Premier and Tourism Minister, Dr. Hon. Mark Brantley.

For Permanent Secretary Carlene Henry-Morton, Restaurant Week “is a true show of partnership between St. Kitts and Nevis.”

Similarly, Minister Brantley thinks the event gives residents a chance to experience the “closeness” of both islands: St. Kitts and Nevis.

He called on the event’s attendees to support Restaurant Week 2017. He said, “We as a people must start to enjoy what is for us.”

Restaurants will, this year, be required to use yams in their dishes. Last year, pumpkin was the focus and in 2015, it was breadfruit.