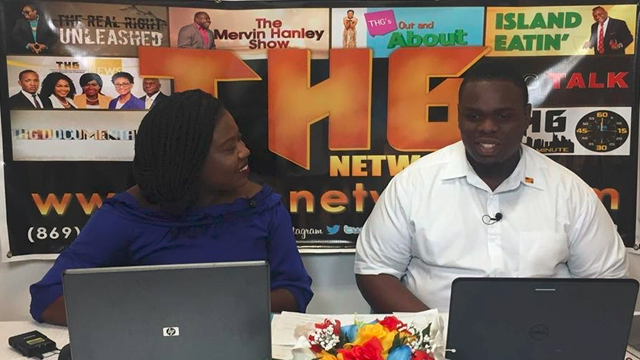 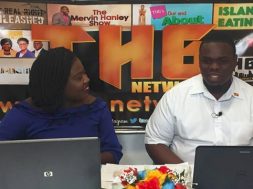 THG Network (Feb. 24, 2017) – “The global rise in anti-immigration sentiments is justified” was the moot that Team Nevis, which comprised of Rol-J Williams and Gabriella Brantley, dissected during the second night of the Leeward Islands Debating Competition (LIDC).

Williams and Brantley, who opposed the moot, impressed the judges to secure the Best Speaker Award and win the debate. They competed against the male-female team of Carlisle Vyphius and Anisa Lindsay, who represented Montserrat.

Following that debate, during an interview with THG Network, Best Speaker Williams said his team will forward its debate presentations to the Nevis Island Administration, in hopes that the government will use the research to help improve Nevisians’ way of life.

Anguilla now advances to Saturday night’s second debate against Team Nevis. They will debate the moot “Lack of emphasis on the Arts will be detrimental to human development in the Caribbean.”