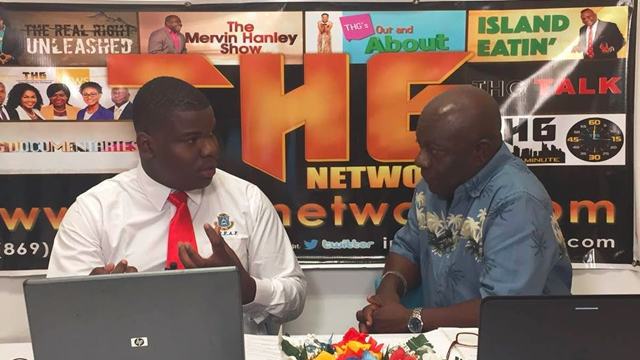 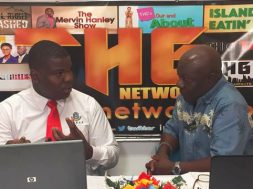 THG Network (Feb. 26, 2017) — Being eliminated on night one of the 45th Leeward Islands Debating Competition (LIDC) may not have allowed Team St. Maarten to linger in our memories, but when one learns of the team’s composition that may change.

The six-member team, which comprises four females and two males, had very little debating experience as collectively, they are the youngest debaters in this year’s competition.

The bold students from “the friendly island” range between 14 and 17 years old with Rayjenni Angelle Carty and Yashika Nandwani being the youngest.

Imani Henry and Dawud Mohamaud Chapman are 15 years old while Stefanas Waakzaam and Diandra Marlin are 16 and 17 years old respectively.

During Thursday night’s debate, the charismatic Chapman picked up the Best Speaker Award, along with Team St. Kitts’ Khalifa Pencheon. Chapman, while speaking with THG News’ Stevenson Manners in the company’s media booth, revealed that he had a speech impediment, as a child. Chapman said he underwent speech therapy to correct that impediment.

When asked to describe the feeling after he was announced as one of the best speakers, Chapman, bursting with joy, said he was honoured, particularly because of the speech challenges he experienced during childhood.

Marlin’s mother, Minerva, spoke with THG Network on Saturday night. She said preparing for this year’s competition was not just a job for the debaters and teachers, but for parents as well. She recalled spending late nights rehearsing with her daughter Diandra.

Waakzaam is a musician who enjoys playing the piano and guitar while Nandwani has dreams of becoming a doctor.

Henry, originally from Jamaica, enjoys reading and her colleague, Carty, loves sports and going to the gym.

St. Maarten made its debut at the Leeward Islands Debating Competition in Anguilla in 2005.